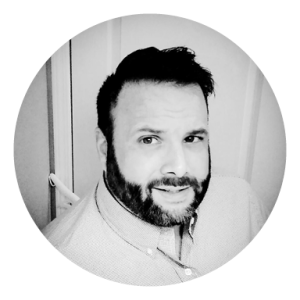 Justin is a native Houstonian and has had family in Harris County for the last 187 years. He grew up the first years of his life in Magnolia Park and Harrisburg area where is family had a house for 70 years. Later in life he grew up in the Cypress area and attended Cypress Creek High School. Justin went on to college at Blinn College in Brenham, Texas where he was going to be an Ag Major but discovered journalism. He is the third generation in his family to be journalist, his grandfather was a writer and typesetter for the Houston Chronicle for 30 years and Great Grandfather started the first newspaper in LaPorte, Texas. Justin became the editor of Blinn newspaper, and also was the editor for the Houston Community College System newspaper. He went on to Texas State University and majored in Mass Communications and was a reporter for the Daily University Star in San Marcos.

A suggestion by his advisor led Justin to begin a career in graphics and layout in addition to communication arts. After the September 11th attacks in 2001 just was hired on by the U.S. Department of Transportation to help start the transition of airport screeners to the new TSA. He became administrative support for the Federal Deputy Federal Security Director under the newly formed U.S. Department of Homeland Security. After three years he decided to go back to his original passion and worked at several publications in Jasper, Texas, Shreveport, Louisiana and Dallas, Texas. He eventually came back home to Houston and was the Creative Director of Sports Edition Magazine co-owned by an NFL Player for the Houston Texans. Since then he has also been the Creative Director and co-creator for the current Montrose Star and was the co-owner of the revival of the Houston Voice another long time LGBT Newspaper. In 2013 Justin helped create and manage the opening of Neon Boots Dancehall and Saloon, Houston’s only LGBT Country & Western Night Club.

On the LGBT scene just has been active in the Montrose Community for almost 20 years. He has been members of groups such as ERSICSS, the Houston Bears, Houston +Life Group, and was the Admin for the Media and PR Committee for the LGBTQ Task Force on Creating Change 2013 Conference. Justin has also lent his services in media and publications in creating advertising for various organizations and benefits around Texas.

Currently, Justin and the Media and Public Relations guru for Southside Healthcare Group of Companies helping promote the company’s health and wellness initiatives in the Hep C care and HIV/AIDS, as well as other chronic illnesses.

Join us for the 2nd annual Baile de Orgullo!